I meant to blog daily while at Bloodstock but failed. Just too insanely busy then too insanely shattered to do it.
Had an absolute blast though, it couldn't have gone better for us. Big was almost solidly busy most afternoons with interviews, I was mostly in charge of keeping Small entertained and running off to take pics in the moments Big wasn't needed elsewhere. Taking pics while entertaining Small doesn't work, as he always tries to grab the camera.

Having a media pass definitely makes festivals more attractive to me. Access to the VIP area and media tent rocks, it just adds an element of comfort and relative escape from the madness. I fell a bit in love with the giant bean bags they had in VIP actually, I'll be keeping an eye out for the next time there's a Groupon offer for them as they were sooo lovely. Two days in a row I was able to put D down for a nap on one of them then just relax alongside for an hour or so while everyone cooed at him as they passed. You also get a dedicated area to camp in away from the regular attendees so it's a bit quieter and more secure (not that we camped, we'd booked a Premier Inn but we set the tent up anyway to have somewhere to store stuff and take Small back to if it all got a bit much. You get a courtesy shuttle bus between the parking grounds and the festival rather than having to hoof it and all in all, it just makes for a nicer experience. Of course the downside of that is that you're busy all the time. Even the first year I went, before Small was born neither of us got to see many bands as we were either interviewing or networking or hanging around waiting for interviews to be rescheduled.
Technically my media pass allowed me access to the stage beyond the barriers to get shots of bands performing without heads in the way in all the stages except the main Dio stage. But I feel a bit of a fraud going in there with our little bridge camera when all the real togs have big proper DSLRs and telephoto lenses and step stools and look all proper. I only used my access once! Still got some pretty great pics though.
Bloodstock is a wonderful festival, the atmosphere is fantastic, relaxed, friendly, welcoming and safe. People just chat to you, especially if you're toting a teeny tiny little rocker in ear defenders and a skull and crossbones bandana on one hip. I'm so glad I taught him to bump fists with people now.
Small enjoyed Iced Earth, Moonsorrow and Paradise Lost best I think and cried when I had to take him away from watching Dimmu Borgir so I could leave him with his Dad and get some shots of them. He's still talking about Iced Earth today. Although I loved having him there I'm not sure we'll take him next year. Big seems to get busier every year as his contacts grow and I can't imagine how we'd manage to get everything covered with a child we can't just swing up and carry off when we really need to. Without having to worry about him I could take on interviews or go chase up the New Blood bands or do some promo for the podcast out in the main ground.
But then again, it was so cool to be all together for it.
Here's some of my favourite shots from the weekend. 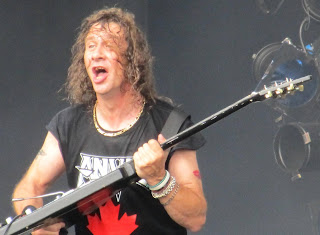 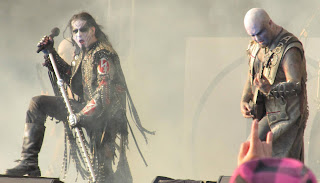 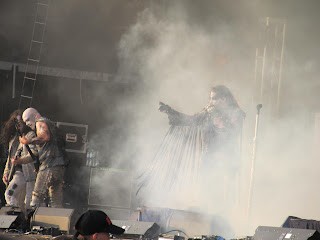 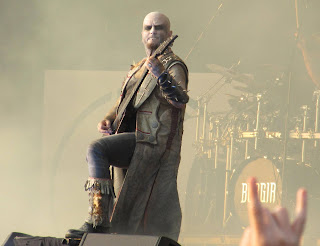 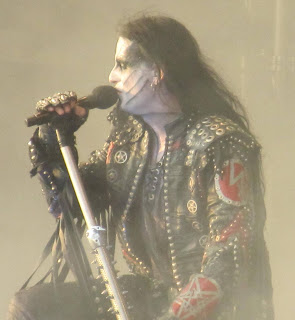 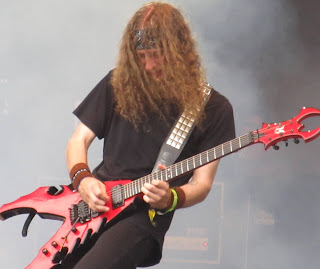 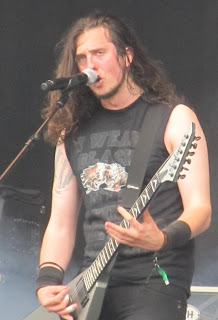 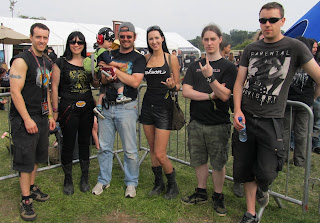 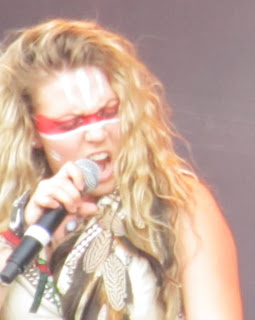 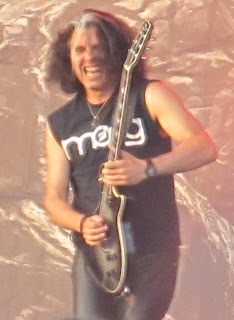 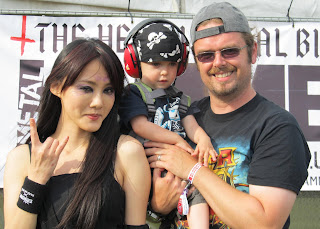 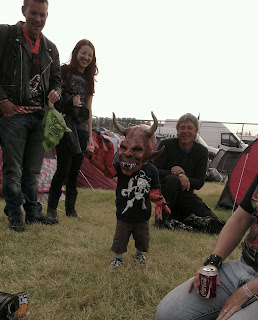 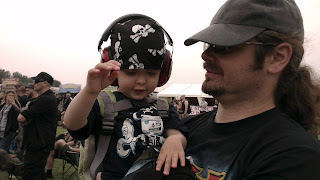