Until a month ago, I had a teeny tiny business selling the jewellery I made. It became clear very early on that I could either take a huge risk and go all out, put all my time, money and energy into making it a proper income, or I could keep it small, do what I could in my spare time and see where it went. At the time I was living a number of very huge risks and while they all worked out quite well, I decided I wasn't going to push my luck. After 5 years of pottering, slow but regular sales and the odd commission that was challenging and interesting, I had Small. Priorities shifted and not long before his second birthday I decided this would be my last financial year running the website, finding the time and struggling with the tax returns.

I'm left with a few bits and pieces of stock, mostly things I had made up for selling on the stalls I occasionally ran at fairs. Bit by bit, I'm giving them away.  Like just about everyone else at the moment, our beloved Government excepted, we don't have a lot of spare cash around to send presents out so I'm lucky to have a reserve of things I can use for this because it's nice. It was always nice to sell stuff, the price I sold at rarely covered the cost of materials+p&p+effort so I can't say the money came in handy but the knowledge that people thought something I'd made was worth paying for was a boost. I have to say though, it's much nicer to just stick something in the post to a friend or acquaintance and brighten a day, even in the smallest way.

I always knew I wasn't cut out for the severe world of business :D 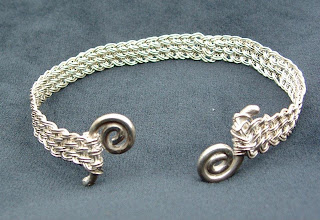